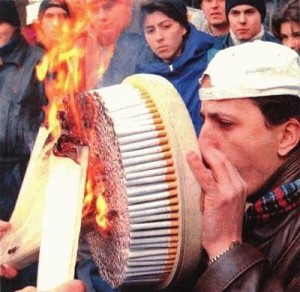 There's at least a few themes right there.

I finished my first full draft of “Goodbye, Invisible Man” this afternoon.  Once I had solidified the narrator in my head it came pretty easily.  It’s far from done, but I feel like I’ve got a lot of good material to work with.  I’ll probably post it at some point this weekend after I run it by a few people.

As I was re-reading this draft, I starting thinking about themes.  Certain elements pop up in my fiction again and again.  Some of them are large, common themes, like love, loneliness, and the nature of reality.  But others are a little more unusual.  Here are some of the things I’ve noticed.

Seriously, go back through the archives a read a few older works.  They’re there.

This looks unsettlingly like a map of my unconscious.  I bet Jung would have a field day.